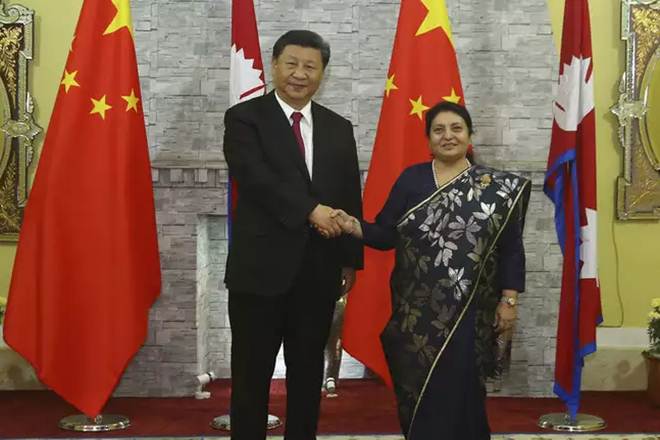 Chinese President Xi Jinping announced the help of Nepalese Rs 56 billion to Nepal over the next two years for development programs.

In a meeting, Chinese president Xi Jinping has announced the support of Nepalese 56 billion to Kathmandu over the next two years for development programs. Both the countries have signed on 20 agreements on Sunday to strengthen the bond between both the countries.

Its been 23 years since any Chinese leader has visited Nepal. Xi Jinping arrived in Kathmandu on Sunday after completing the two-day informal meeting with Indian Prime Minister Narendra Modi.

Meeting with Nepalese President Bindiya Devi Bhandari, President Xi announced the support of 3.5 billion ¥ to Nepal over the next two years for the development programs in Nepal.

On Sunday, China and Nepal had delegation-level talks. Chinese president and Nepalese prime minister KP Sharma after the meeting signed 18 MoUs and two letters of exchange in different sectors. The whole meeting was focused on all the aspects of China- Nepal relations.

President Xi also promised to improve the Arniko Highway, which was shut down due to the earthquake of 2015. The highway Arniko links Kathmandu with kodari. At the Sino- Nepal Friendship Bridge, it connects with China National Highway 318 Lhasa, and eventually to Shanghai. He also promised to help Nepal to construct Kerung-Kathmandu tunnel road.

In the meeting, both the president agreed to develop good relations, friendships, and partnerships between both countries. “We have model friendship in the world, and there is no issue between the two countries,” said President Xi.

China also promised to help out Nepal in post-earthquake reconstructions. President Xi also announced to help Nepal develop connectivity facilities, support the education system and urban development. Whereas Nepalese President Bhandari assured no activity would be allowed from its territory against China. President Xi left for China in the afternoon after concluding his two-day visit to Nepal.