US Politics dragging the Wall Street to Red amid Coronavirus outbreak

Wall Street has seen tragic losses over the period of last few weeks courtesy of the Covid-19 (Coronavirus) outbreak. Not just the U.S. Markets, but the Global Financial markets have also seen red in recent weeks. Coronavirus is majorly affecting the investors’ sentiments as they fear that the outbreak will bring the businesses over the globe to an abrupt halt. There is another reason apart from Coronavirus for the markets’ under-performance, it’s the tensions over Donald Trump’s reelection in November.

As the coronavirus causes a risk of an economic recession, those bets have been frowned upon. Courtesy of this, the investors have negatively reacted due to their lack of support for the Democratic Alternatives. As per the Head of Macro-strategy for America for State Street Global Markets, Lee Ferridge, this has vastly contributed to the US: Stock market fall over the recent weeks.

It must be noted that Donald Trump’s Presidential administration has normally been seen positively by the investors in the US playfield. This support is due to various policies by Donald Trump that are positive for US Business Outlook like the recent and previous tax rate and interest rates’ cuts among other health care, labor practices policies.

Regarding the candidate who may potentially challenge Donald Trump in the upcoming election, Democrats have not yet made clear who will be their presidential representative. But they have promised a quite different approach towards sectors like healthcare and labor. Surely, the Coronavirus main reason but there is another factor that has dragged the capital markets low especially in the US: Bureaucrats.

As backed by its huge history, markets are not particularly fond of such uncertainties and change, and this may be the reason that supports corona for bagging down the markets’ performance. There has been speculation that Bernie Sanders, A Vermont Senator, could be one of the front-runners for the Democratic representation. 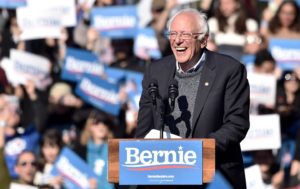 For his campaign, the main focus is to enhance healthcare, and tax the rich. His policies are not seen as very appealing by the markets. Even a long term Democrat who supported Hilary Clinton in 2016 Llyod Blankfein, made his position clear by stating on his twitter that he would rather vote for Donald Trump than Mr. Sanders.

Markets are more in the favour of another candidate that has emerged in the form of Barack Obama’s Vice President, Joe Bidden. He is more of a positive news for the markets as per Mr. Stovall. Mr. Stovall stated that markets are okay with Joe but not with Mr. Bernie.

Do you need financial recovery? Try with a personal loan