Joe Biden vs. Bernie Sanders is somewhat One-Sided in the state of Michigan

Bernie Sanders, who infamously turned towards social media for asking for financial support, is once again seeking the support of Michigan. Four years ago, Bernie Sanders, the Vermont Senator, came back from a massive double-digit deficit to shock Hilary Clinton in the Rust Belt State. This time he is against Joe Biden.

He could pull the exact feat on Tuesday as well, which would lead to a revival of his 2020 November hopes. In the battle for Democratic Representation, Mr. Bernie is up against the former Vice-President Joe Biden. It is believed that Sanders would require a miracle on Tuesday to overrun Biden in this two-way democratic feast.

On the ‘Big Tuesday,’ six U.S. States will set up polls for the presidential nomination. Amid the coronavirus outbreak, Washington would also be part of this event. Under these circumstances, Bernie Sanders has turned towards the most massive delegate haul for this week, Michigan, for support.

Sander’s campaign strategy focuses majorly on the demands of the Michigan State and its 125 delegates. It could be seen by his actions like he has recently made his position clear. He is against The North American Free Trade Agreement, which is supported by Biden, and it is a popular opinion in Michigan that this agreement has seen many auto jobs transfer to Mexico. 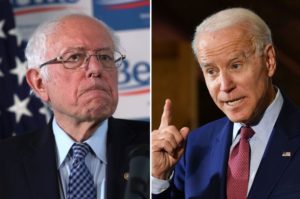 He also cancelled his scheduled campaigning visit to Mississippi on Friday which also is part of the states that will vote on Tuesday. He did this to spend more time in Michigan. Biden will surely be looking to avoid Clinton’s fate and is making continuous efforts in South Carolina to keep the odds in his favor against his rival Bernie Sanders.

As mentioned earlier, Washington’s 89 delegates’ turnout may or may not be impacted by Washington’s coronavirus issue. While Michigan is a safe place for Sanders to beat Biden safe and square, Sanders needs to overcome some obstacles of the state. Sanders has significant followers in the form of the young voters as he attracted more than 10,000 people on the Sunday Rally, but he needs to make sure that these youth make part of the electorate.

Another obstacle for Sanders in Michigan is that it cannot be certainly assured that whether the black voters of the state are in favor of him or not. In 2016, he won the majority of white voters but struggled to attract the support of black voters as per the exit polls then.

Despite these odds, Sanders has scrapped all the assumptions of his focused-states and non-focused states to defeat Joe Biden.

He also added, “Look, we are going in there with the full expectation and the hope that we would win. Michigan is obviously an enormously important state, a state I feel very comfortable in.”