The UK has officially issued a stay-at-home order on Monday, becoming one of many countries to issue such a statement to tackle the spread of covid-19. UK Prime Minister Boris Johnson ordered the citizens to stay at home unless absolutely necessary.

As per the statement, all the shops and businesses will come to a halt expect essential businesses, people are restricted to go out with friends or family, Johnson said on Monday. The move came after the Prime Minister reportedly insisted on avoiding such a situation even after other EU countries had already issued lockdown orders.

“From this evening I must give the British people a very simple instruction – you must stay at home,” PM said on Monday through a televised address.

Prime Minister couldn’t resist anymore as the healthcare of the citizen were in imminent danger due to virus pandemic. In Britain alone, the number of deaths due to coronavirus escalated to 335 as on Monday and the government official instructed the military to provide healthcare items to healthcare workers that feel a shortage. 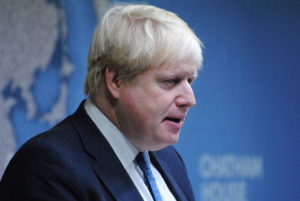 People are only allowed to leave their homes to buy necessities, exercising, health-related reasons, and traveling from/to work form/to the home where necessary.

“That’s all – these are the only reasons you should leave your home,” he added, he further said that people will not be allowed to meet up with their friends and family who do not reside with them at their houses.

“If you don’t follow the rules, the police will have the powers to enforce them, including through fines and dispersing gatherings,” he warned.

Johnson acknowledged the graveness of the matter in hand and promised to provide all the resources necessary to eliminate the virus altogether.

“Without a huge national effort to halt the growth of this virus, there will come a moment when no health service in the world could possibly cope; because there won’t be enough ventilators, enough intensive care beds, enough doctors and nurses,” Johnson said in his address.

UK Health officials have previously issued a letter to increase the PPE supplies as they complained about the shortage of enough resources to tackle the situation. The officials also requested an increase in the no. of ventilators and updated masks for the required protection. In response to this, Health Secretary Matt Hancock came forward and assured that the requests have been considered and the required actions will be taken.

“It’s like a war effort – it is a war against this virus and so the army have been incredibly helpful in getting those logistics so we can get the supplies to protect people on the front line, He said, before assuring that the conditions are now better as the number of ventilators has increased by 7,000 and new masks have also been provided along with other items.

All About Malocclusion Of The Teeth