As people are getting more and more cautious about the environment, companies are introducing more environment-friendly cars. These cars have a long list of benefits for people and the environment, which include zero to no emission, offer more safety, affordability, and parts can be recycled and reused.

How hydrogen and electric cars work

Hydrogen cars are powered by fuel cells. These cars on putting hydrogen in the tank like any other regular petrol car supply the pressurized hydrogen to the fuel cells, which then starts the electrochemical reaction with the help of oxygen-producing electricity to power the motor of the car. Whereas in an electric car,  the motor is directly powered by the batteries that require regular charging, and no reaction is happening while the car is moving.

Do hydrogen cars have batteries?

This is one of the most common questions asked by people. To clear this, we have seen how these cars work, so long story short, the hydrogen cars perform an electrochemical process for propulsion and don’t have batteries.

Benefits of the Hydrogen cars

These are some of the benefits of hydrogen cars, but to understand them better, let us compare the electric and hydrogen cars and see their pros and cons.

Pros and Cons of hydrogen and electric cars

The driving range of hydrogen and electric cars depends on the terrain and where you are as while stuck in the city traffic the range is shorter whereas while driving on the open road the range is more. The general range for an electric car is around 200 miles, whereas, for a hydrogen car, the range is 300+ miles.

The other issue with these cars is the refueling, as a hydrogen car needs just around 10 minutes to refuel fully, but the problem is lack of infrastructure. In comparison, an electric car like tesla model-S takes around 30 minutes to charge over 80% with its 120kw fast charger.

The driving range of these cars also depends on the number of people they are carrying, speed, if air conditioning is on or off, and many others.

One of the basic problems with these cars is the lack of infrastructure. In the US, electric cars infrastructure is good and had over 20000 electric charging stations by December 2018, whereas only 40 hydrogen fuel stations.

Another infrastructural issue with these cars is the availability of service stations and trained technicians.

The electric and hydrogen cars are more costly as compared to regular petrol/diesel cars.

Getting Hydrogen: The Real Issue 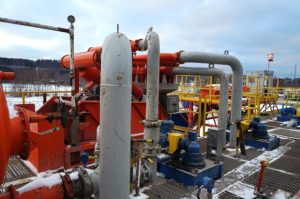 The real problem with hydrogen cars is how to get the hydrogen for fuel as it’s not naturally available on our planet in pure form. To get hydrogen for fuel two processes of electrolysis and natural gas reforming are performed to derive it from the environment.

The other process of natural gas reforming for hydrogen obtaining is one of the most commonly used as it’s very cost-efficient. But the downside of this process is that many by-products like methane and carbon dioxide are released in it, which contributes to global warming, thus making it harmful for the environment.

Sustainability of Hydrogen and Electric cars

The sustainability of these cars very much depends on the fuel or power they use for propulsion. As the hydrogen generation process in use at present is methane reforming, which is harmful to the environment, making it a bad option for sustainability.

The batteries used in electric cars also have issues as they get used up after a period, and the batteries once used up have a problem of recycling and disposal. But as of now, they are a more sustainable option as the lithium-ion batteries can be used in other things as well after they serve their purpose in the cars.

From these two we can say electric cars are better until a technology is developed for more environment friendly production of hydrogen.

Are Hydrogen and Electric cars future?

This is a relevant question when we look at the automobile sector’s current scenario and the degrading environment. These two types of cars are a very good alternative for the petrol/diesel cars we are using at present as they are more environment friendly, more sustainable, cost-efficient, and technologically advanced.

Thus we can say yes, they are the future.

Hydrogen and electric cars which one is the winner; as you know enough about them now. Please do let us know in the comment box what you think and why?

Tesla Announces Pay Cut For Its Employees and Furlough Employees