According to the reports, Blasphemy charges have laid on the Iranian Instagram star after posting spooky pictures resembling the famous Hollywood actress Angelina Jolie. She got detained over the charges of cultural crimes, social and moral corruption. She is facing charges including blasphemy, encouraging violence, generating income through inappropriate means and encouraging the youth to fraud. 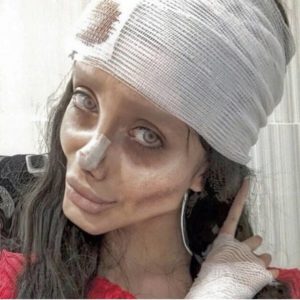 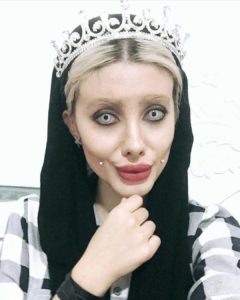 She had gone under cosmetic surgical treatment to alter her face resembling a spooky version of Angelina Jolie. The post went viral immediately after she posted the pictures. She earned fame on Instagram last year after she posted several images of her after plastic surgery. According to the rumours, she has undergone up to 50 plastic surgeries to achieve Angelina Jolie’s look.

While all popular social media platforms got banned in Iran, Instagram is the only platform that is legally allowed in the country. She got really famous on Instagram after posting weird images and a couple of videos.