Debra Oliver, 60, along with her husband Martin, 62, found a seashell that resembles late terror leader Osama Bin Laden. She found it on the Winchelsea Beach, East Sussex when the couple went on a romantic evening walk to celebrate their 42nd wedding anniversary. She said: “He was buried at sea too and it is not that often you find out a seashell that looks like anyone at all, so finding out Osama Bin Laden was Amazing””. 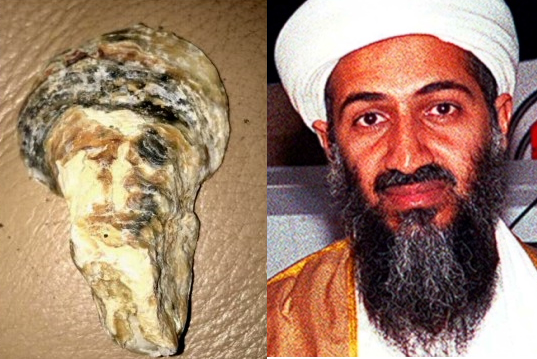 She was drawn to this curious-looking shell and went to pick it up. When she looked closely, she thought it looked like Jesus. But then she noticed a turban on the top and then she realized that it has a resemblance of Osama Bin Laden.